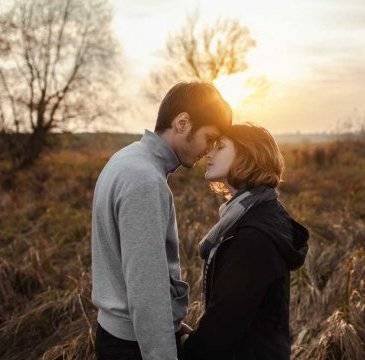 In today’s dating world, most intimate relationships don’t make it into long-term commitments. For many different reasons, many initially loving partners can’t seem to get past the challenges that ultimately end their commitment to each other. Some give up early, not wanting to waste time on something that is already problematic. They just aren’t willing to put energy into a relationship that doesn’t seem to be going anywhere. Others, determined to make this one work, hold on to the bitter end, hoping that their continued efforts will eventually succeed.

Many of these frustrated relationship seekers come into therapy trying to understand what they might be doing wrong. They’ve made the best efforts they know, and yet, have not been able to make a relationship last. They know that some couples face the same odds, yet stay together. They want to know: “What do these people do differently that keeps their love alive?” “Are they just lucky people who have magically found the right person, or do they make relationships work no matter what?” “And if they do, what is their formula for success, and can I learn it?”

Are they different in some way from most couples? In my four decades of working with couples, I’d have to say, “Yes.” Although they face many of the same problems as other couples do, they approach solving them in unique ways that don’t damage their relationship. It is quite remarkable to watch them face situations that might unravel a typical relationship, and yet consistently come out caring more deeply about each other.

With Valentine’s Day just around the corner, it seems timely to examine some of the ways these people relate to each other and how those behaviors keep their love so continuously fresh. This special celebratory day gives many new and committed partners new motivation to love each other more deeply.

Stay-in-love couples each have their own unique style, but they also have much in common in the way they relate. The six following examples are some of the most notable interactions. Hopefully, they can newly inspire others to find their own successful paths to deepening love.

How They Resolve Their Conflicts

Every couple argues. If they are honest and authentic, they accept the fact that they will never see eye-to-eye on everything. They know that differences of opinion can add interest and intrigue to their relationship if those disputes are worked through successfully.  They also know that unresolved and repeated conflicts can threaten and ultimately damage relationships, and making it so much harder for them to get back what they’ve lost.

In contrast, stay-in-love couples ache when their disagreements drive them apart. After a conflict, they strive to resolve the situation and to make up as soon as possible. Rather than needing to win, they want to understand why they disagreed and how they could have done it better. Judgement is not an issue; inquiry and learning are. Even when they are hurt or angry, themselves, they still want the other partner to feel heard and supported.

How They Refuse to Assign Blame

During a conflict, so many couples blame the other for whatever is going wrong between them. It’s hard for anyone to look at his or her responsibility in the middle of strong emotions. Perhaps to avoid guilt or feeling righteous, some people try to make the other person into the bad guy, hoping that will win the argument that way. Many people do cave in when they feel badly about themselves, and counter-accusations sometimes successfully win the argument.

The sadness in assigning blame is that it doesn’t work in the long run. There are always two sides to every story, and more than one way to see the truth. Every intimate partner aches to be heard and understood, even if there are conflicting realities. When intimate partners use blame to get their way, they are likely to push their partners into defensiveness, anger, or withdrawal, and risking their capacity to keep their love alive.

Stay-in-love couples know that their partner’s views must be respected and honored, especially if they are different from their own. They strive to understand them to find a truth that allows for both. That doesn’t mean they will always agree, but they know that every connection and every disconnection must be the responsibility of both. It is a “we do this to each other,” and never, “This is your fault because you’re obviously the problem here.”

How They Respond to Requests for Connection

One of the most important parts of every quality relationship is when both partners authentically agree to honor the other’s feelings and thoughts, especially when they are trying to work through a difficult emotional issue.

So many long-term partners automatically treated each other like that when their relationship was new, but no longer do. As the relationship has matured, they may come to feel burdened or disrupted by continuous requests for connection, and not want to be immediately available anymore. In trying to dismiss their partner’s desires quickly, they may resort to trying to “fix” the situation without taking the time for deeper inquiry. Or perhaps a preoccupied partner will minimize the other partner’s feelings to try to neutralize them. An irritated partner may reply in a sarcastic manner, or even withdraw.

Stay-in-love partners do not ignore each other when either wants to connect for any reason. Even if they are distracted or preoccupied, both partners take the time to understand what the others need is at that time, and decide together how much energy and time how they should handle it. If that cannot happen at the time, both partners make an agreement as to when they will resolve it. They absolutely do not mock, minimize, or disregard the other’s desire to connect.

How They Parent Each Other

In every intimate love relationship there is always an underlying “crisscross” interaction between the symbolic parent in one partner and the symbolic child in the other. It is impossible to be open and vulnerable to another human being without those interactions happening from time to time.

People are not ever just the age they are in the current moment. They are a composite of all the ages they’ve ever been. If an adult partner has had heartbreak in childhood and a situation causes it to emerge in the present, his or her partner can help ease, and even heal, that past pain by acting as a nurturing symbolic parent.

Those automatic responses are notable in the early stages of a love relationship. Intimate partners often refer to each other as if they were talking to young children. They call each other love names like, “Baby,” “sweetie-pie,” and “Pooh-bear,” and every couple knows what their unique tender words mean to both of them. It is a normal interaction that every couple does in their own way.

As relationships mature, many partners begin to feel less willing to give that kind of unconditional nurturing, and might not be as automatically available when the other slips into a younger place. No longer loved in that tender way, that needing-partner may feel abandoned or rejected. They may feel they now must behave more carefully, having lost the confidence that anything they say or do will be automatically supported. The symbolic parent-child automatic safety that was a given at the beginning of the relationship is now in doubt.

Stay-in-love couples understand how important it is to never let those special “sweet spots” die. They know that each will sometimes need to feel that guaranteed comfort and safety, and are more than willing to “act as the good parent” when asked. They know that it is natural for anyone to feel insecure and young at times, and they want to be there for each other when that happens.

How They Deal with Control

So many romantic relationships fail because one partner attempts to dominate the other, or fears being controlled by the other. So many people have childhood experiences where they felt unimportant and totally expected to submit to whatever was demanded of them. They often bring those trauma–memories into their adult relationships, fearful of being controlled again in that way.

Those fears can lead people to push for the other partner’s automatic compliance to allay that anxiety. Many intimate partners alternately pull a partner close and then push him or her away, fearing that intimacy and commitment will lead to entrapment and being controlled once again.

Stay-in-love partners know that the need to feel in control at times is natural for anyone. It allows a person to be fully respected as the stronger person in the relationship at that moment. The other partner has confidence in his or her own autonomy to not react defensively or take it personally. He or she doesn’t feel the need to either counter-control or to automatically submit. Comfort with the situation allows them to seek understandingas to what may be driving those behaviors instead. They also know that they will need to be the need-to-control partner at other times, and will receive the same understanding and respect.

These couples also know how quickly interactions can deteriorate if both want to be in control at the same time. When those situations arise, they work to stay centered and calm, agreeing to take turns listening to what each other need and feel. When they fully understand what both of their desires for control are about, they then decide how to best help each other get their underlying needs met.

How They Respond to Urgency

Newly-in-love couples are most often each other’s first priorities and respond immediately to their partner’s distress signals. As life’s requirements intervene and the couple resumes their normal obligations, those requests must be absorbed into other priorities. Even though they may realize that being the center of someone’s life naturally somewhat diminishes over time, many partners feel neglected when that happens. They may become more demanding or feel neglected, and begin to blur the line between truly important requests and less urgent ones, fearful that neither may be met.

Stay-in-love couples are authentic, open, and self-reliant, but do urgently need one another at times. They trust that the other will never take advantage of that immediate availability, and when an urgent SOS call goes out, that other partner will rapidly respond without question or challenge. They trust that those requests are not expressed fraudulently or without concern for the other’s needs.

Stay-in-love partners understand the sanctity of personal boundaries, and take pride in their own autonomy. They have learned that one of the most important qualities that any person can have is the ability to love again after loss. That drives them to practice forgiveness and humility when a conflict is over. Their mutual goals are to resolve and to reconnect, leaving distress behind as soon as possible.

They know that love must include always living in each other’s hearts, whether they are together in the same place or temporarily separate. They know that the future is unwritten and that they can be taken from each other at any time. The acceptance of that truth continuously reminds them that their relationship will only be as good as they are able to re-create it in each present moment.

Dr. Randi’s free advice e-newsletter, Heroic Love, shows you how to avoid the common pitfalls that keep people from finding and keeping romantic love.  Based on over 100,000 face-to-face hours counseling singles and couples over her 40-year career, you’ll learn how to zero in on the right partner, avoid the dreaded “honeymoon is over” phenomenon, and make sure your relationship never gets boring.  www.heroiclove.com