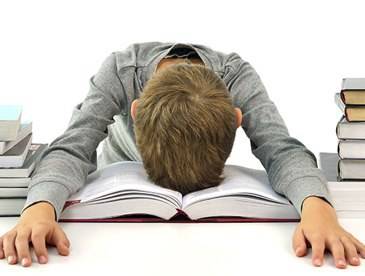 There are many situations in which you have to learn new things that you will need to recall later.  When you are a student, there is material for classes that you study to prepare for recalling that information on exams (and hopefully later in life as well).  As an adult, there are often new facts you need to remember at work, in volunteer organizations, and for your hobbies.

Quite a bit of research on memory has demonstrated that distributing your practice helps you learn.  That is, the more that you spread out your study time, the better you are likely to remember information later, compared to cramming all of your study time into one session.

What happens when you combine these concepts?  That is, does it matter whether you sleep in between the study sessions you do?

This question was addressed in a paper in the October 2016 issue of Psychological Science by Stephanie Mazza, Emilie Bergier, Marie-Paule Gustin, Zumrut Kasikci, Olivier Koenig, Thomas Toppino, and Michel Magnin.

Three groups of participants were tested.  All of them studied a list of 16 Swahili words and had to give their translation.  The study was done in France, so the participants responded with the French meaning of the words.

To study the word list, participants first saw each word paired with its meaning.  Then, they went through the list and typed in the meaning.  Each item they got correct was removed from the study list.  For each item they got wrong, the correct definition was provided, and was added to the list for the next round of study.  The study period ended when the participant responded correctly once to each of the 16 items.

A control group, studied these words in the evening and then came back to the lab 12 hours later when they had slept.  They were tested on the words the next morning.  They also came back and were tested again one week later and six months later.

The results demonstrate the importance of sleep.  The Sleep group and the Control group both remembered the words better 12 hours later (as measured by the performance on the first trial of the second study session) than the No Sleep group.  That is, consistent with previous research, sleeping after a study session leads to better recall than not sleeping.

Not only that, but the Sleep group actually relearned all of the words in the second study session faster than the No Sleep group. So, the second round of studying was more efficient for people who had slept than for those who had not.

At both the one week and six month tests, the Sleep Group did best.  That is, studying a second time after sleeping led people to recall the words better after a delay than either studying twice without sleeping or studying only once and sleeping after the test.  The performance in those two conditions was about the same.

This research suggests that spreading out your study time benefits learning, but you should make sure that you sleep in between study sessions.  Sleep is well-known to help consolidate memories.  When you sleep before you study a second time, you are giving yourself a chance to allow sleep to consolidate your memories twice—once after the first study session and again after the second.

Art Markman is the author of Brain Briefs, Smart Thinking, Smart Change and Habits of Leadership. He is also the host of the KUT show Two Guys on Your Head.