Teens and Stress: How to Talk to Your Teen 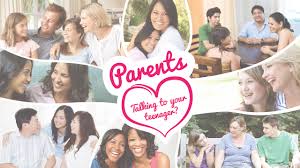 How to Talk to Your Teen, taken from WebMD
By Gina Shaw, Reviewed by Hansa D. Bhargava, MD on April 14, 2016

It seems like only yesterday you had a bubbly third grader, bouncing into the house with lots of news about her day. But then the teen years hit (or maybe even the tweens!), and now she comes in the house, heads straight to her room, and shuts the door, not to be seen or heard from until dinner.

Don’t take it personally. She’s not mad at you (probably), and she doesn’t hate you (almost certainly). She’s doing exactly what she’s supposed to be doing — learning how to separate herself from you.

“When kids are little, they want to be like their parents and very close to them,” says Diana Divecha, PhD, a developmental psychologist at the Yale Center for Emotional Intelligence. “But puberty triggers a lot of changes in the brain, signaling that it’s time to work on becoming an individual, not dependent on the parents.”

To parents, it can feel like they’re being pushed away, but that’s not true. “Kids want to stay connected to their parents. They want to stay in conversation with the adults that matter to them about really important things,” Divecha says.

When she asked her graduate students to write essays about their own adolescence, she was surprised at how many wrote about how painful it was that their parents became more distant as they became teenagers. “It’s so important that we talk to our kids and stay connected with them during these transitions.”

But how? Talking to a teenager can sometimes feel like interrogating an undercover agent. Try these six strategies:

Make it fun.
“Lay down enjoyable pathways of connection that aren’t all about intensity and problem solving,” Divecha recommends. For her family, that’s music: They share their favorite music and bands, talk about them, and go to concerts together. For your family, it may be hiking, or skiing, or board games. Many of the best conversations arise naturally when you’re absorbed in doing something together.

Avoid the face to face.
Don’t make your teen feel pressured with a “sit down” face to face conversation. Instead, approach important topics when you’re both engaged in a parallel activity, like washing dishes or walking the dog. “In the car is another good time,” says Laura Markham, PhD, a clinical psychologist and author of Peaceful Parent, Happy Kids. “You aren’t looking right at each other so it’s less intense.”

Take advantage of transitions.
Teens are so busy these days, it’s hard to get one-on-one time with them. But when soccer season is over, or the school musical has just wrapped up, your child may have a short break in the frenzy of activity. “That’s a great opportunity to connect. Take your child out to lunch, or shopping for new shoes, or to work out together,” Markham says. “Look for opportunities to fit in that protected time, just the two of you, where you can casually chat about whatever they’re thinking about.”

Manage your reactions.
If you’re talking about a weighty topic, like drugs or sexting, overreacting is a sure-fire way to shut your teen down. “Kids will tune into what you feel as much as what you say, so get hold of your emotions and relax,” Divecha says. Turn off the “alarm” mode (even if you’re freaking out inside) and actively listen. Let them know you heard what they’re saying: “That sounds like it was embarrassing” or “I hear how frustrated you are.”

Practice with light topics.
Don’t use every time you have a one-on-one encounter with your child to introduce a big topic. “They’ll start avoiding you like the plague!” Markham warns. But you can practice by asking them questions about less serious things. “That was a lot of work, the play you were just in. I never did a play like that. How did you end up feeling about it?” Remember, don’t be invested in the answer! Whether she tells you she loved it and wants to do another play, or she hated it and never wants to do it again, the point is to use these “low investment” conversations to teach them they can trust you not to overreact.

Try the magic words.
Not “please” and “thank you” — Markham says the magic words for talking with your child are “I wonder.” If your teen is telling you about getting bullied at school or fears that he can’t handle his AP chemistry workload, resist the temptation to jump in and solve problems for him or tell him what he should do. Instead, try saying “I wonder what you could do about that?” or “I wonder how you could handle that?”

Table Topics
One way to explore tough topics like sex and relationships, bullying, drugs and alcohol, and depression and suicide is through a lively discussion at the dinner table. “Family dinners need to be a place where there are interesting discussions,” Markham says. She says that a conversation can keep your teens engaged “if you play your cards right and don’t act as the heavy.”

She recommends having a question or two, or a story from the news, to bring to dinner and start the conversation. A few possibilities include:
– Hey guys, you know what? I saw a story in the newspaper about a lawsuit against
some kids who were sending around a text with a photo of one of their friends naked.
What do you think about that?
– Why do you think kids put rings in their noses and eyebrows and bellybuttons?
What about tattoos? Do you think you’d ever want to do that?
– Do you think many kids cheat at your school? Is it ever OK to cheat in school, or sports,
or business? What about if nobody ever finds out?
– What would you do if you were at a party and someone passed out from drinking too
much? Have you ever thought that I drank too much or acted differently after drinking?
– How do you think ordinary peoples’ bodies compare to the models and actors on TV?
How does it make you feel to watch them?
– Don’t badger your kids with a whole bunch of questions or “ripped from the headlines”
stories at one go. Pick one or two and use them to launch a real conversation. It’s fine
to express your opinions as long as you don’t lecture. “Your kids want to know what
you think,” Markham says. “But be sure to listen to what they have to say, with an
open mind.”

Risky Behaviors
What about risky behaviors, like coming home drunk or attending a party with drugs and alcohol present without your permission? Divecha advises approaching these issues preventatively and proactively. “Give them freedom where they can have it, and be clear what the non-negotiables are,” she says.

For example, one non-negotiable might be that your teen can never get into a car if the driver has been drinking, and they will face enormous consequences (whatever your family’s brand of consequences are) if they do so. But offer them a contract: if they ever find themselves in that situation, they can call you and you will get them home safely, anywhere and anytime, without argument or question.

“Provide them safe paths like this where they can get around your ‘non-negotiables,’” Divecha advises. “These are risky years. If you respect what your teens are struggling with and work with them, rather than seeing yourselves as antagonists, you’ll have a better chance of them coming to you with the big things.”